GATEWAY TO THE GODS

To realise the significance the Romans placed on astronomy, look no further than the fact that the planets and stars are named after Roman gods.

Gazing up at the night sky with its infinite beauty and power, it’s impossible not to have a sense of eternal wonder and fascination. The Romans widely practised astronomy and believed the heavens were the gateway to the gods.

To realise the significance the Romans placed on astronomy, look no further than the fact that the planets and stars are named after Roman gods. With the exception of Uranus, named after the Greek god of the skies, the names we use today for the planets and celestial bodies are a gift from the Romans. Jupiter is the Roman god of the sky and thunder, the King of the Roman gods. Mars is the god of war and Venus the goddess of love. Mercury was the swift messenger and considered the most intelligent of the gods. Saturn was the god of agriculture, and Neptune the god of the oceans. And it wasn’t just the planets, all visible celestial bodies including asteroids were also named after gods and goddesses like Vesta, goddess of purity, hearth and home. 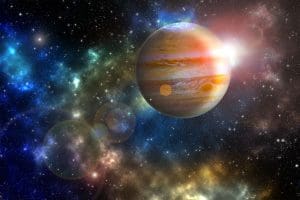 Their fascination didn’t end with the scientific study of planetary activity. The Romans believed the night sky illuminated their destiny, practising divination through zodiac signs and horoscopes.

Until the 17th century, there wasn’t the distinction we see today between astrology and astronomy. Ancient beliefs that the heavens conferred an ability to foretell the future aren’t surprising when you consider that a deep knowledge of the stars and planets helped predict the seasons, tides, rain, drought, when to harvest, when to move herds and notable events such as a solar eclipses or the flooding of great rivers. Guided by the night sky, Romans navigated the empire, in fact astronomy was at the very epicentre of Roman culture, politics, religious belief and philosophical thought, astronomy shaped the course of human history over many millennia.

Astronomy was also the foundation of The Roman calendar which we still use today and also determined Roman religious festivals, like the Ides. The Ides were monthly festivals sacred to Jupiter, originally set on a full moon, and observed and celebrated widely with drinking, revelry and sacrifices led by Jupiter’s high priest. By Shakespeare’s quill a soothsayer prophesied the brutal assassination of Julius Caesar with the words “Beware the Ides of March”.

Roman’s celebrated their religious festivals with incense and perfume at the heart of their rituals, their fascination with the glittering night skies were the inspiration for our new Lustrous Collection. We celebrate the CELESTIAL bodies worshipped by the Romans and PURITAS was inspired by Vesta – a celestial body named after the Roman goddess of purity. Her eternal fire was kept alive by the Vestal virgins and our muse for this luminous perfume.